Climate change affected my mental health. The youth-led climate strike movement gave me the courage to speak the truth.

I don’t remember the exact age I was when I first learned about climate change, but I was a child. Back then it was more often referred to as global warming, until climate change became the dominant phrase. I remember looking at graphs of the Earth’s average temperature and carbon dioxide over the last century. I learned that the glaciers were melting, and that the sea level would rise within our lifetime. There would be greater storms, heat waves and floods. Many animal and plant species were endangered or at risk due to changing habitats and human activities. I felt a personal obligation to learn more about climate change and what I could do to help stop it.

I was always fascinated by the natural sciences. In elementary school I wrote a project on prehistoric species because I was interested in what made animals become extinct. I sketched and coloured in various megafauna, curious about the Earth that these creatures once inhabited. Later, at age fourteen, I wrote a poor science paper on the importance of planting trees to fight climate change. I received a lecture on how “that wasn’t how climate change worked” and why “planting trees would not solve the problem”.

Despite the discouragement, I continued focusing on my research and went on to receive a degree in Environmental Studies. In my first year, I was intrigued by why civilizations collapse. At that time I was bright-eyed and bushy-tailed. I was focused on the notion of resilience and adaptation, and I felt confident that science and technology could provide the necessary tools for overcoming climate change.

In 2015, the COP21 climate conference took place. The climate change meeting was in its 21st year – almost the same age that I was. I had a lot of hope for the Paris climate deal. Perhaps I was naive or too optimistic.

Representatives from 195 countries and 40,000 people attended the summit in Paris. Their ambitious goal was to curb global temperatures from rising too high by reducing carbon emissions. Under Prime Minister Justin Trudeau, Canada committed to a 30-per-cent reduction in emissions by 2030. Canadian Environment Minister Catherine McKenna pushed for a more aggressive target of holding global warming to no more than a 1.5 degrees Celsius rise above pre-industrial levels, while the United States maintained a 2 C target. On Dec. 12, 195 countries committed to a two-degree limit in global temperature increases, with 1.5 degrees as an aspiration.

The Importance of 1.5 Degrees

Even if we do limit our warming to 1.5 degrees, that amount of surface temperature change will have heavy environmental consequences. For example, sea levels could rise to submerge the homes of millions of people in China, Bangladesh, Vietnam, the United States and Canada.

Globally, in order to achieve our goal of staying under 1.5 degrees, it means we have to stop burning coal and fossil fuels that put heat-trapping gases into the atmosphere. According to the IPCC special report, that means dropping global emissions by half by 2030 and reaching net zero by 2050.

Unfortunately, the Paris Agreement so far has failed. The world did not act appropriately for what may be the greatest challenge in human history. We continue to burn coal and fossil fuels despite the consequences.

The knowledge of this made me beyond scared. I was petrified.

Over time, as my studies delved deeper into environmental issues, my once lively character slowly faded. Although I was excelling in my classes, at home I was a shell of my former self. There were times when I felt as though I was completely alone in my passion for the environment, and that ate away at my motivation. When I talked to my family, friends, and even other students, I felt that there was a gap between climate change facts and how people were reacting to them.

I fell into a deep depression. The knowledge of climate change and political inaction left me with a feeling of being a deer in headlights. Unable to move forward, I was frozen.

Greta Thunberg and the Power of an Individual

My world was flipped upside down when I first saw the images of Greta Thunberg sitting outside of the Swedish Parliament. I felt an immediate kinship with Greta. Ten years ago, she could have been me. Her story is even similar to mine in the way she learned about climate change and experienced depression as a result. The intensity which Greta displays in her various interviews and TED Talks were like a mirror to my own passion.

Yet here I was completely frozen in my tracks. How could I be unable to act? If even those of us who are environmentalists are petrified, how will less involved citizens react?

Fear is a normal response to climate change and it’s impact on our Earth and its inhabitants. Fear is justified when the consequences of climate change threaten our planet’s biodiversity, food sources, cities, ecosystems and resources. However fear can result in inaction if it turns into a loss of hope. Perhaps we had to hit rock bottom to jolt us into action. As one Extinction Rebellion slogan says: when hope dies action begins.

I may have been too afraid and downhearted to act temporarily, but seeing the incredible amount of work that young students are putting into climate action today has sparked the energy in me that existed as a silent, burning fire. Seeing Greta Thunberg sitting at the Swedish Parliament made me realize that I am not at all alone. I’m not crazy for having an intense reaction to an unprecedented global emergency. The School Strike for Climate, Extinction Rebellion, and the
youth-led Sunrise Movement have illustrated that together our voices can be heard. There are millions of others who know that the time has come to act now.

If you are afraid like I was, step forward and speak up. Courage is acting even in the face of fear.

“Success is not final, failure is not fatal: it is the courage to continue that counts.”
― Winston S. Churchill

There is no excuse. We have to live within our planet’s limitations if we want to have any semblance of a future. We share the responsibility not only for ourselves but for our children, grandchildren, and all of those who follow them. 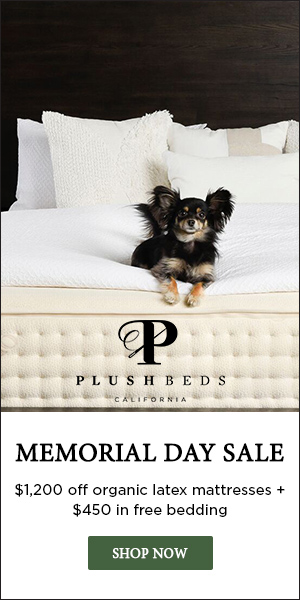 2 comments on “The Knowledge of Climate Change Petrified Me”

"If you wanna be a rockstar, be a fucking rockstar." . . . In other words, do what you've been dreaming of today.
Hiroko Matsumoto and Jean-Pierre Léaud Bed and Board (Domicile Conjugal), 1970.
When I was around 8 years old, I wrote a journal entry about where I'd like to be in life in the year 2020. (I *may* have mentioned hoverboards.) When I struggle, I try to think of how everything I do, I do for both past and future me. I'd like to think my inner child would be proud of me for being here today - right where I am.
Check out the face on this one. . . . #cliffs
We're all just walking each other home. R.I.P. Ram Dass.
"What fascinates me is that this landscape is nothing. Shapes, colours, a sunbeam. Yet it becomes part of us and does us good. It's totally intact. It's rare. Nature that looks like nature." . . Un beau soleil intérieur (Let the Sunshine In) (Claire Denis, 2017)
My Tweets